Utah Republican Sen. Mitt Romney was knocked unconscious when he fell in Boston over the weekend, leaving him with “a lot of stitches” and a black eye.

He told reporters he was taken to a hospital and got stitches on his right eyebrow and lip.

The Utah Republican said he was visiting his grandchildren when he got injured.

With noticeable bruising under his right eye, Romney infused some humor into the situation.

“I went to CPAC, that was a problem,” the Republican lawmaker joked, referring to the Conservative Political Action Conference that ended Sunday.

Romney was not invited to the marquee event after receiving backlash over his vote to impeach ex-President Donald Trump.

Asked how many stitches he received, Romney claimed he was not sure.

“A lot of stitches. I don’t know how many. I asked the doctor how many stitches and she said, I don’t know, but it’s all through my eyebrow and my lip.” 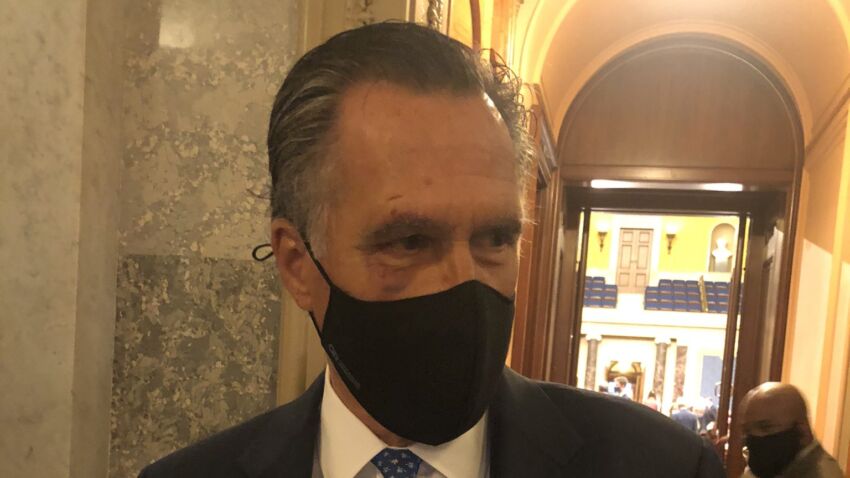 Some Utah Republicans are rumbling in disgust over Romney’s vote to convict President Trump during his Senate impeachment trial last month.

“I’ve gotten phone calls and emails, and I’m seeing a lot of chat on Facebook that people want to do a measure of censure against Sen. Romney like we’ve seen against Liz Cheney in Wyoming, and the senator down in Louisiana,“ said Bob McEntee, a member of the Utah Republican Party’s State Central Committee.

Brandon Beckham, a GOP State Central Committee member who supported censuring Romney over his 2020 vote, said he “absolutely will” vote to censure Romney for this latest action if the party puts the question up to a vote.

“If the Republican Party doesn’t respond here in Utah, then we look weak, we look complicit. We aren’t doing our job,” he said.

Republican Richard Ott made the case for censure in an Op-Ed for The Tribune.

“Granted, Romney was right in the middle of the Capitol riot. His life was in danger and was protected by a courageous police officer. He has been the subject of many personal Twitter attacks from Trump. It is also a fact that a majority of Utahns are not Trump supporters so, by voting with the Democrats, Romney could reasonably say he was representing his constituents,” Ott wrote, setting up his argument. “So why did Sen. Mike Lee not vote with the Democrats as well?”

Ott said the impeachment vote raises questions about what Utah Republicans stand for.

“Now my question is can we trust the state Republican establishment to protect our constitutional rights? Will our governor and state elected officials stand up to any potential unconstitutional federal overreach? By remaining silent, my feeling is the answer is no,” he wrote.

“It is my opinion that the state Republican Party should move to censure Romney and take away all financial support. They should also immediately find a strong constitutional candidate to start a primary campaign to make sure Mitt is relegated to one term. That is all he needs as I think he has accomplished what he set out to do,” he wrote.

Biden Provides Update On Whether He’ll Run Again in 2024

December 7, 2022
Close
Close
Send this to a friend